Back to Blog
Culture 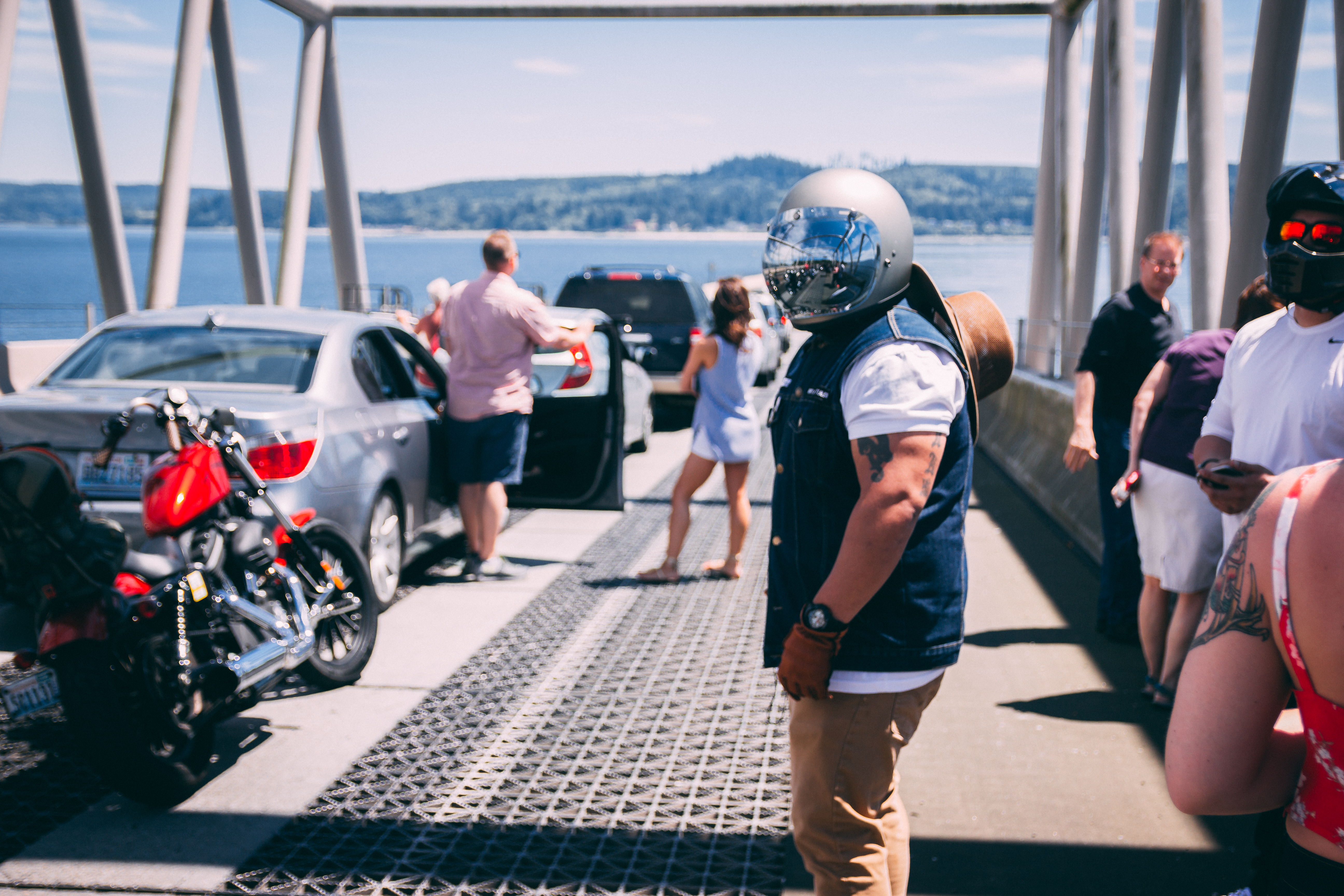 I’ve been in the motorcycle industry for 10 years & have never built a motorcycle. Yea, I said it. The most diﬃcult thing I’ve done was probably changing the handlebars on my sportster when I ﬁrst got it. Or maybe it was removing the front end with the help of a technician to add these sweet fork shrouds I got from Lowbrow. Whatever it was, it wasn’t much & it wasn’t hard. It was surface-level-YouTube-University-type-shit. Nothing ever to claim to be a technician or to know anything more than how to change my own oil & at times that made me feel inadequate to not only my place of work, but also to the motorcycle culture.

There’s this stigma that at one point I fell into believing: If you didn’t build, you weren’t a biker. If you didn’t work on your own bike, then you weren’t accepted. If you didn’t know all of the components of a motorcycle, you were a poser. That stigma is still very much alive, but every day it becomes more & more irrelevant. The same stigmas exist in any sub-culture out there & the same stigmas come from the hip hop culture that I come from. If you didn’t know your dj’s, your b-boys, your graﬀ writers, your emcees, your terminology & history, you were just a culture vulture. You were there just to take a bite & leave the rest. Nobody wants to be looked at as that person, nobody. My feelings of inadequacy stemmed from what I thought was my lack of understanding, which was far from the truth. 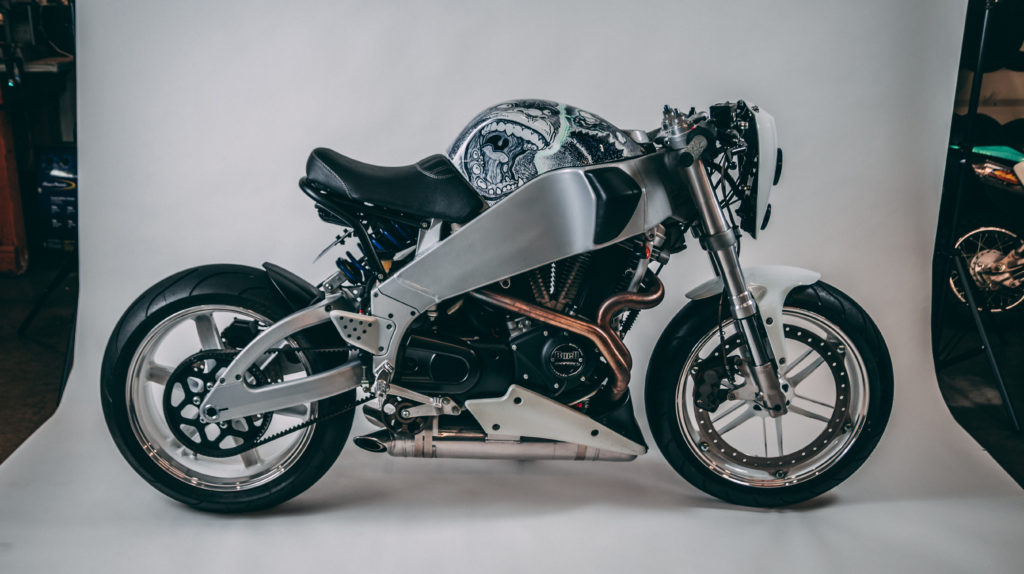 When Rottweiler Motorcycle Company started, we were all green no matter how long one person had been riding over the other. To be honest, I came into this business to “design” t-shirts for a paycheck with no interest in the motorcycle culture whatsoever. My job grew with the loss of Christopher & I felt obligated to take the helm in respects to our development in the culture. We didn’t know there were companies dedicated to the preservation of choppers and we didn’t know there were companies remaking obsolete parts for that old 250 sitting in your grandparents’ backyard. We, collectively, had no idea how big this culture was, but we did ﬁnd out.

I became obsessed with learning the culture side of it versus the technical side. I just grasped it a lot more & therefore was naturally drawn towards it. The discovery of companies we’ve never heard of, the obsession with the lifestyle, the yearning to get us out there to be seen as peers with other motorcycle shops, the clothing brands associated with the motorcycle culture… All of it was & still is an obsession,  but still there was this void–I didn’t know much about motorcycles. With five to ten years of anything, you will pick stuﬀ up along the way, but there was this constant feeling of inadequacy that I couldn’t shake. The thing is that I know a decent amount–more than an average individual I’d like to think–but it was my concern that I couldn’t hang in a conversation with the Roland Sands or the Go Takamine’s of the world. Or even the kid that comes to the shop & is mentally running circles around me with their extensive knowledge of their shovel. Those things scared me because here I am, creatively steering parts of this motorcycle company, yet can’t tell the diﬀerence between motors or anything deeper than surface level shit.

It was my lack of involvement in breaking that made me look at the bigger picture. Back in the day, I was an active b-boy–a break dancer if you will–& I had the respect of my peers when we’d go to breaking events or I’d join a discussion on some forum. My love for the breaking culture has not diminished at all, but with regret my involvement has been minimal. To remain connected, I have my hands in the scene by assisting with throwing a battle every year to help uplift the culture & keep it moving forward.

That’s where the realization happened. I am no longer training for competitions & my schedule doesn’t allow for me to hit up many battles, but as long as I am giving back to the culture, then I know I am doing something right. It’s about respecting the history & bringing something to the table so that you aren’t just circling above waiting for scraps to fall. 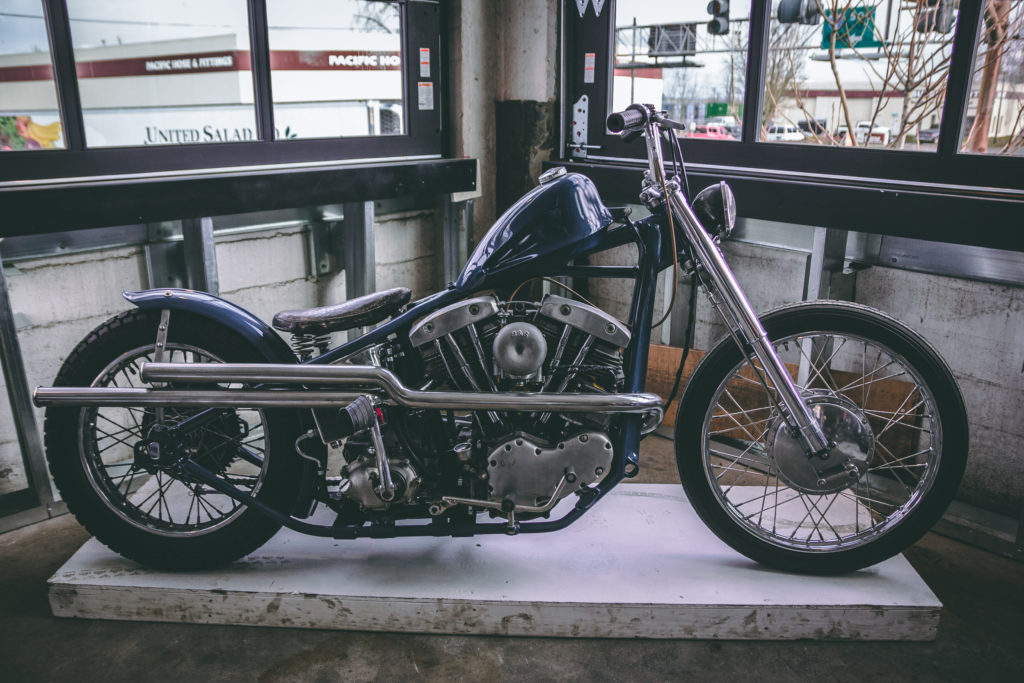 This realization took place more recently & it’s something I wanted to share with the timid, ‘less knowledgeable’ ones. You don’t have to be a builder to respect the culture. You don’t have to know how to trace down an electrical issue to be a part of this culture. What you do need to do is show that you care. Take time to learn the history. Take time to know the builders. Take time to align yourself with the culture the best way you know how & ﬁgure out how you can give back to the culture. For me personally, that’s through the lens of my camera. That’s through my aﬃnity for clothing. That’s through my ability to talk to anyone & everyone despite my lack of knowledge in certain ﬁelds. It’s the willingness to be wrong & the acceptance of not having everyone like you. It’s the ability to stop trying to please every-fucking-body because you feel as if you owe them something. It’s not to them you owe anything, it’s to the culture and the tradition.

Your lane doesn’t have to be aligned with everyone else’s. As a matter of fact, I challenge you to ﬁnd your own lane & ride in it until the wheels fall oﬀ…. Then ask a mechanic to ﬁx it because we all know I can’t do it. 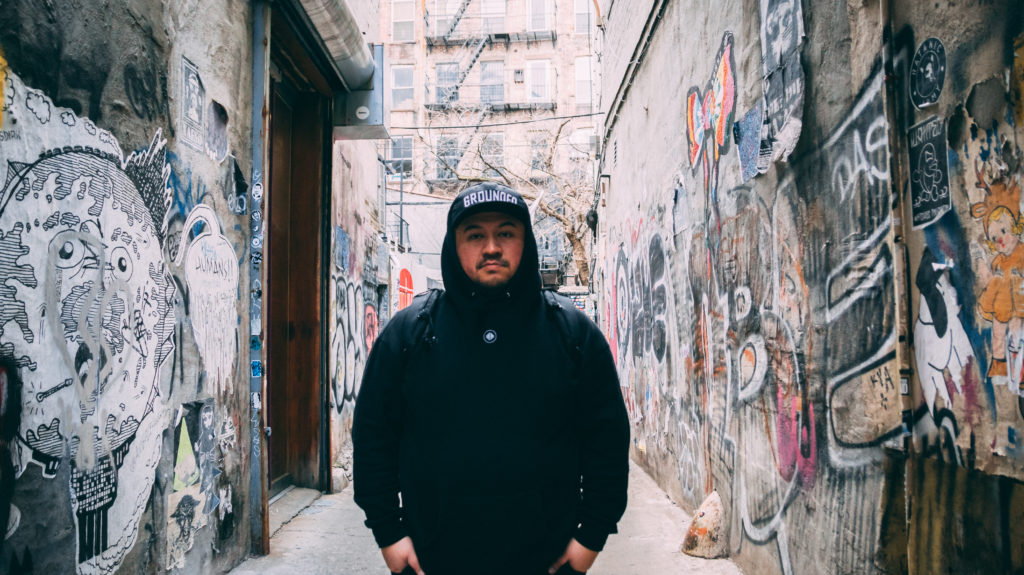